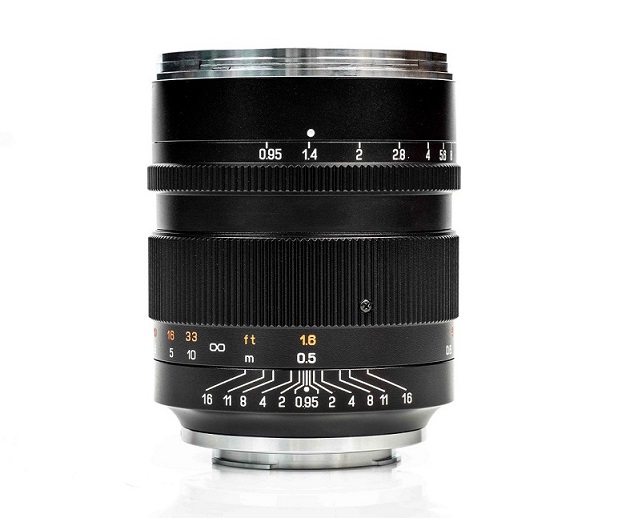 The Mitakon Speedmaster 50mm f0.95 III is an exotic and unusual lens: one of only three f0.95 models (all manual focus) available for full-frame bodies at the time of writing, and by far the cheapest too. Available in Sony E, Canon RF and Nikon Z-Mounts, it may not attain the optical heights of the considerably more expensive alternatives from Nikon and Leica, but it remains quite a likeable lens none-the-less. It offers a record f0.95 focal ratio in a much smaller and lighter package than the Z-Noct and much cheaper too at around 1000 EUR / 800 USD. The background Bokeh wide open is second only to the Nikon Z Noct and the light fall-off in the corners is astonishingly low for such a large aperture. But it has loads of optical aberrations: coma, astigmatism, spherical aberrations, haloing, low resistance against flare and glare, an ugly foreground Bokeh, not to mention almost half a stop lower light transmission than the Noct in my tests. This all makes it harder to nail focus manually wide open than with other, sharper lenses plus you have to operate the aperture manually too with no EXIF data transfer. But still: if you like the “look” of the Mitakon Speedmaster you can have a lot of fun with it, and again there’s no other full-frame lens with an f0.95 focal ratio anywhere near the price. Recommended.

You can read the full review at Cameralabs.