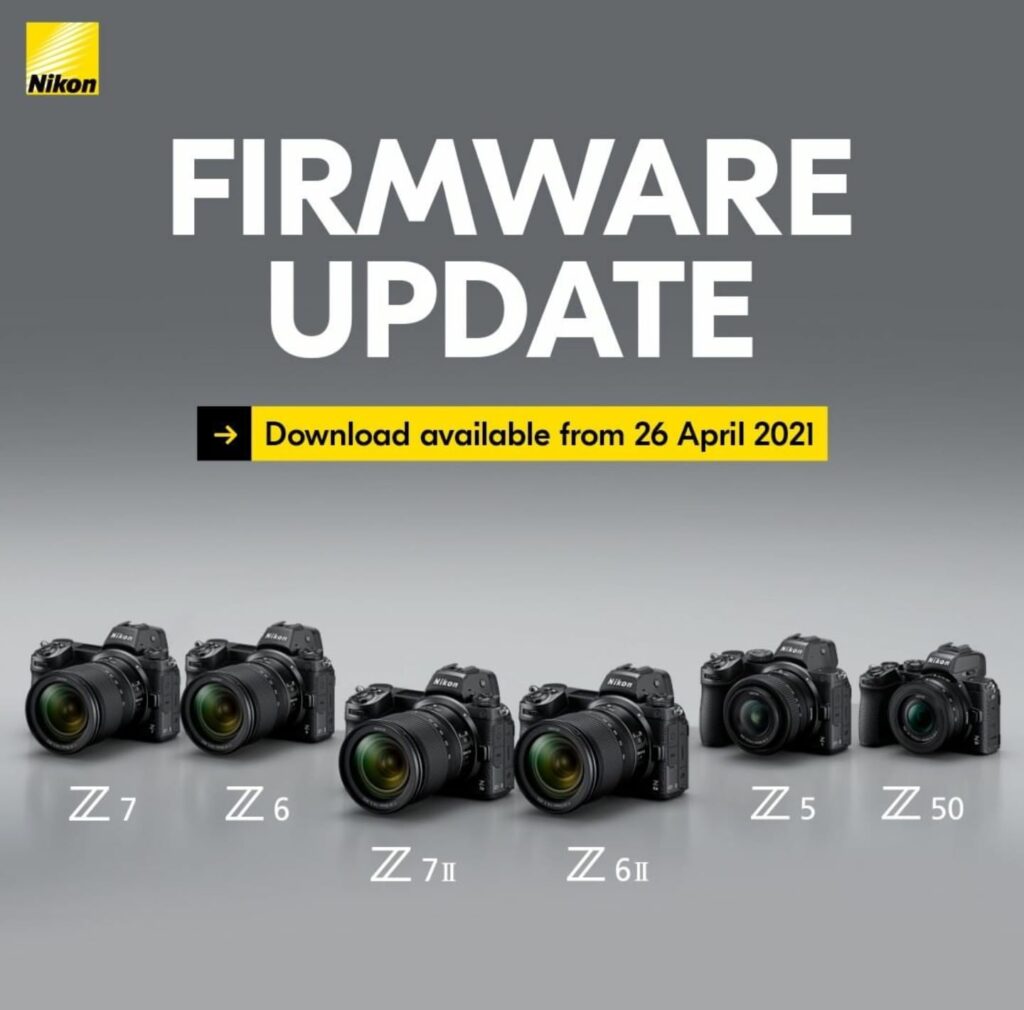 All the firmware updates will be released on April 26, 2021.

Firmware Ver. 1.20 for the Z 7II and Z 6II will offer increased AF performance, including faster focusing when shooting with AF in low light situations. Further, AF usability when using an external

Speedlight will also increase, through improvements to detection performance in scenes where it was difficult to detect faces and eyes, as well as improvements to subject visibility during live view shooting. In addition, tracking frames used for face and eye detection, as well as subject-tracking AF have been improved, enabling smoother and more stable shooting.

Additional firmware updates will also be available on April 26 for other Z series cameras. These updates include firmware Ver. 3.30 for the Z 7 and Z 6, as well as Ver. 2.10 for the Z 50, which will add the Save Focus Position option that allows the current focus position to be saved when the camera is turned off and restored when next turned on. The new firmware for the Z 6 will also add the voice memo recording/play function*, popular with the D6. The addition of the voice memo recording/play function is also planned for the Z 6II in a future firmware update.

Further, firmware Ver. 1.10 for the Z 5 will include faster AF detection speed during low light situations when shooting in the Low-Light AF mode, thereby improving usability. The Z 5 will also gain the Save Focus Position option.

For more information on the latest Nikon products, including the latest firmware updates, please visit www.nikonusa.com.