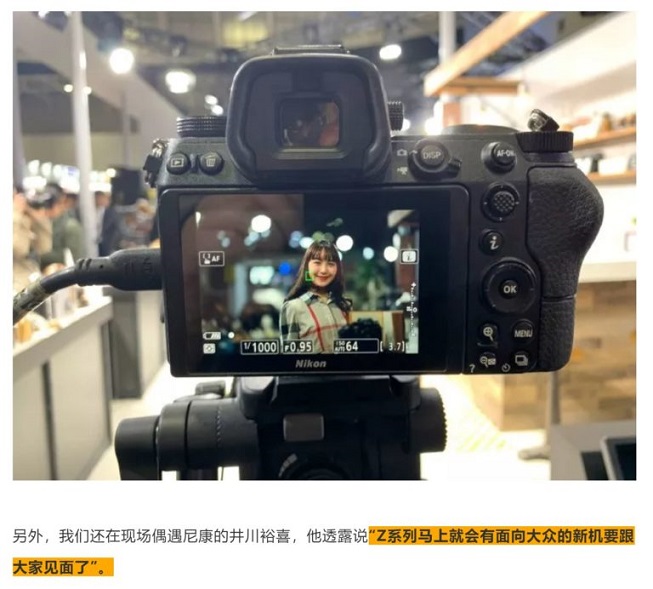 In addition, we also met Nikon’s Igawa Yuxi on the spot. He revealed that “the Z series will soon have a new machine for the public to meet with you.” (Google Translated)

The rumor mill is back with some more information about the new Z-mount mirrorless camera (Nikon Z5). At the CP+ show in Japan a Nikon executive confirmed that a new Z series camera coming soon. The upcoming Nikon Z5 (name is not confirmed yet) will most likely be a entry-level full frame mirrorless camera similar to the Canon EOS RP ($1299 at B&H, Adorama, Amazon). According to the previous report the new Nikon Z5 will be positioned below the Z6.

Stay turned with us for more info.