Nikon D7500 Earns the Best Midrange Camera of 2017 at DPReview 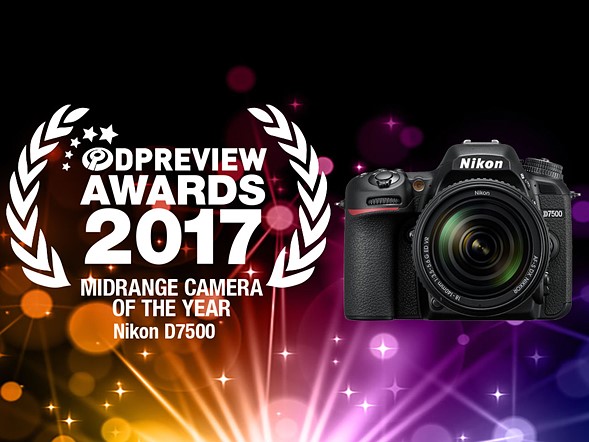 DPReview announced the winners of DPReview Awards 2017 – the Nikon D7500 won the best midrange camera of the year.

Taking the crown is a refined DSLR that’s supremely capable in almost any scenario – the Nikon D7500. We’ve long been fans of Nikon’s midrange DSLRs, and the D7500 is no different. With a capable autofocus system, great image quality, comfortable ergonomics and an expansive lens ecosystem, the D7500 has a lot going for it.

Whether you’re into sports, portraiture, landscapes or low light work, there’s really not much the D7500 can’t do. The crop in 4K mode is a little extreme (though the video quality is quite good), and it’s not the most compact of its peers. But the D7500 remains supremely versatile, and for that, it takes the top slot in its category.