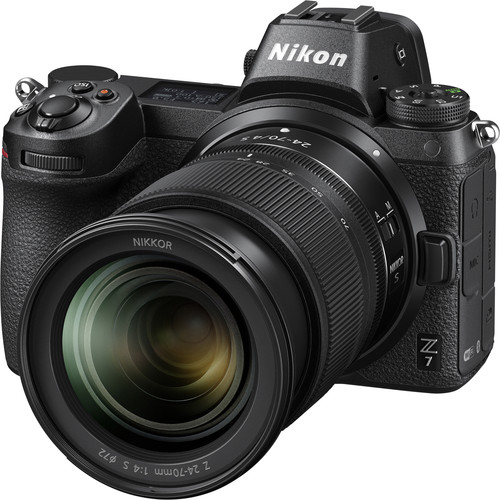 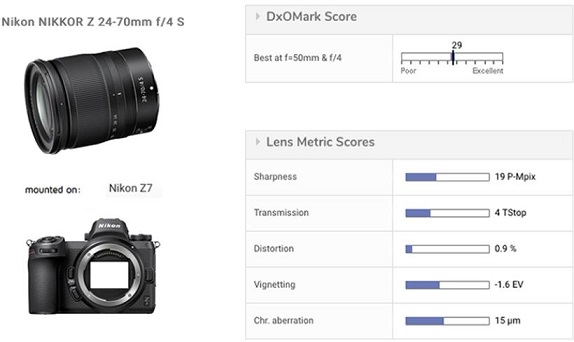 Image quality compared to its competitors

In terms of optical quality, the new Nikon’s overall score of 29 places it on equal footing with the highly-regarded and considerably more expensive AF-S Nikkor F2.8 model. Although the faster pro-oriented model has very slightly higher sharpness levels overall, it’s the uniform sharpness of the new Nikkor combined with lower lateral fringing that offsets its slightly higher distortion and vignetting.

Admittedly, with the Z 7 housing a slightly higher-resolution 45.7MP sensor versus 42MP in the Sony A7R II, the new Nikon compares very favorably to both the Sony Zeiss F4 model and the faster F2.8 models, but it can’t be directly compared. The same of course is true for the Canon EF 24-70mm F2.8L II mounted on the 50MP Canon EOS 5DS R. If you’re familiar with any of those combinations, that will give you an indication of the kind of performance you can expect.

When Nikon announced the new wider Z-mount with a short flange back, the prevailing thought was that there would be a real leap in image quality. The Nikkor Z 24-70mm F/4S is without doubt an attractive addition—it is, after all, a very compact and user-friendly lens—but the best way to describe its optical performance (at least on the high-resolution Z 7) is “well-rounded.” It admittedly brings unprecedented uniformity to a zoom—there’s no measurable astigmatism—but that appears to come at the price of outright resolution. There’s also no denying it has excellent transmission, but unless you’re into serious film-making, that isn’t going to be high on your wish-list. Bought separately, it’s also not what we would call inexpensive, especially without OIS. But when purchased as part of a kit, it’s an entirely different proposition and well worth taking a closer look.

Read the full review at DxOMark.