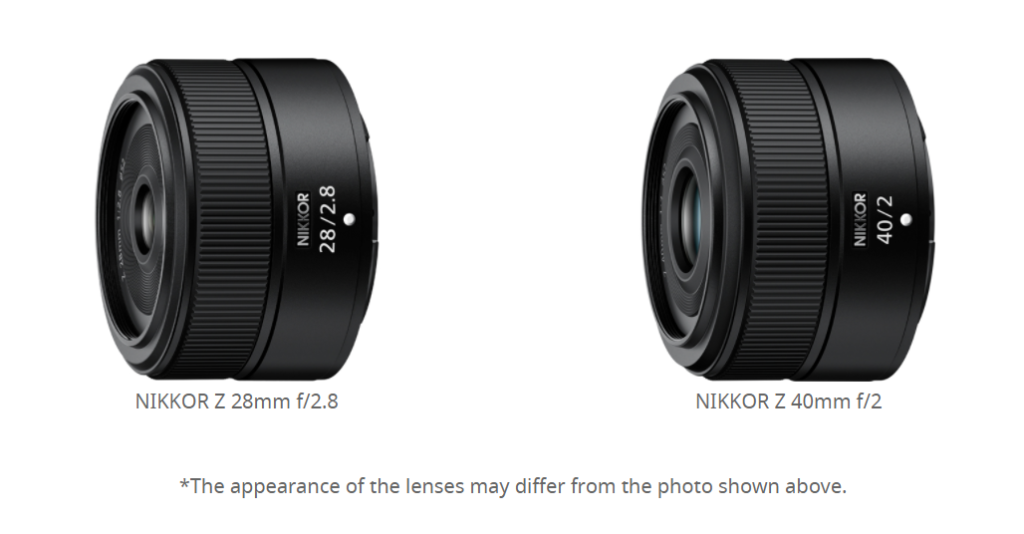 Nikon officially announced the development of the NIKKOR Z 28mm f/2.8 and NIKKOR Z 40mm f/2 pancake lenses on June 2, which are expected to be released in 2021.

Now is seems that Nikon may announce the two Z-mount pancake lenses (28mm f/2.8 and 40mm f/2) along with the Nikon Zfc APS mirrorless camera on June 28th.

These two new pancake lenses seem to be quite cheap (or cheaper than expected), so they may help popularize the Z-mount system. The exact price is not yet known, but both lenses could be in the $200- $300 range.

Here are what we know so far about this “Retro-Inspired” Nikon Zfc APS-C mirrorless camera:

The Nikon Z6 II and Nikon Z7 II mirrorless cameras are now selling like hot cakes. Order now if you are interested: