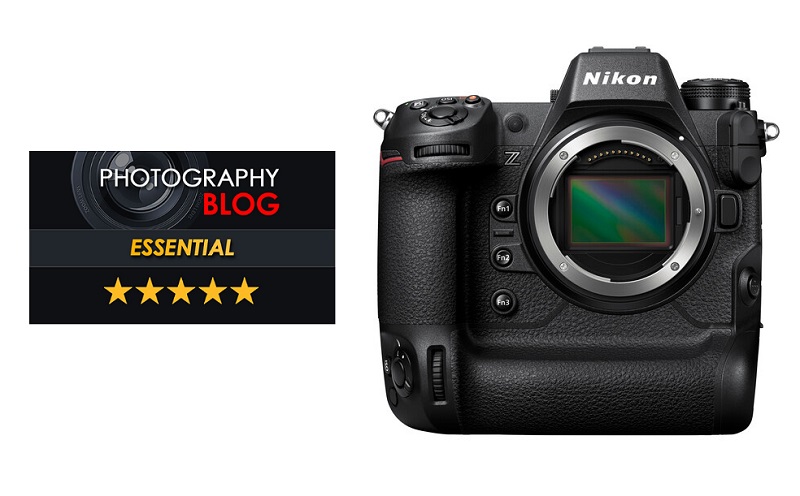 The Photography Blog has published the Nikon Z9 full frame mirrorless camera review: “Nikon have hit the proverbial ball out of the park with the new Z9 in virtually every respect, easily earning it our coveted Essential! award”. 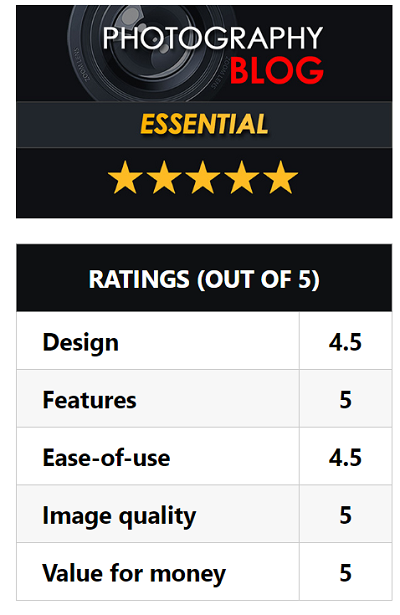 As the spiritual mirrorless successor to the D6 DSLR, the new Z9 surpasses its sibling to become the best camera that Nikon have ever produced, irrespective of what technology lies inside it.

Instantly familiar to anyone who’s used either a higher-end D-series DSLR or Z-series mirrorless model, the Z9 feels like a Nikon on steroids, offering the very best technologies, handling and performance that the company currently has to offer.

It combines the dual-grip design of the D6 series with the control layout of the Z7 II to create a truly remarkable camera for professional sports, wildlife, news and landscape photographers and videographers alike.

The Z9 joins the Sony Alpha 1 as one of only two professional cameras to offer both high resolution and mind-blowing speed, not to mention 8K video. While the EOS R3 can match their 30fps burst speeds and the EOS R5 their resolution and 8K video, Canon haven’t yet released a single camera that covers all three bases, at least until the launch of the EOS R1.

While the Z9 can’t match the Alpha 1 and EOS R3 by shooting Raw files at 30fps, only JPEGs, the fact that it can shoot Raw at 20fps for over 1000 frames in a single burst before the camera slows down is a pretty incredible trick to pull off.

Similarly, the Z9’s electronic viewfinder seems to lag somewhat behind its two main rivals, at least on paper, but the modest 3690k-dot resolution and 60fps refresh rate thankfully don’t automatically translate into a sub-par experience – quite the opposite in fact.

With Nikon seeking to tempt D5 and D6 owners over to the mirrorless world, the viewfinder experience is of paramount importance, and we’re glad to say that OVF-fans should be more than happy with using the Z9’s EVF.

Especially as the Z9 sweetens the mirrorless deal considerably in a lot of important ways, most notably the excellent hybrid image stabilisation worth up to 6-stops, the much faster headline-grabbing 30fps burst shooting, and the completely silent electronic shutter, all housed in a smaller, lighter yet still equally weather-proof and durable body that’s easier to use for extended periods of time.

With superlative low-light AF sensitivity that stretches all the way down to -8.5EV, an extensive range of AI subject-detection and tracking modes, and Nikon’s familiar 3D tracking mode, it’s clear that the Z9 is the best auto-focusing camera that the company has ever produced.

Long revered as the pinnacle of Nikon’s technological prowess, the D6 DSLR has now been surpassed by the Nikon Z9 as the company’s go-to camera for almost anything that moves quickly – people, animals, birds, vehicles – you name it and this camera can intuitively and almost instantly capture it with the absolute minimum of fuss.

What don’t we like about the Nikon Z9? Well, the integrated dual grip design certainly isn’t for everyone – at just over 1kg in weight it remains a camera for the professional user rather than enthusiast, although we bet that many of the latter would enjoy using the Z9, particularly if they routinely fit a battery grip to their current camera.

The new Synchro VR mode currently only works with three lenses, and the Z9’s lack of mechanical shutter means that it can’t quite match the D6’s 1/250th flash sync speed, although it comes surprisingly close. And that’s about it!

When Sony released the all-conquering Alpha 1 in early 2021, many predicted the imminent demise of Nikon, or at the very least a reshuffling of the camera manufacturer pack, but the new Z9 proves beyond doubt that Nikon are back at the top of their game.

Nikon have also surprised many by not only releasing such a capable camera, but giving it a price-tag that’s much less than its main rivals – around £$1000 less than the Sony A1 if you added a battery pack to match the Z9’s form factor, and around £$500 less then the lower-resolution EOS R3.

Overall, Nikon have hit the proverbial ball out of the park with the new Z9 in virtually every respect, easily earning it our coveted Essential! award.