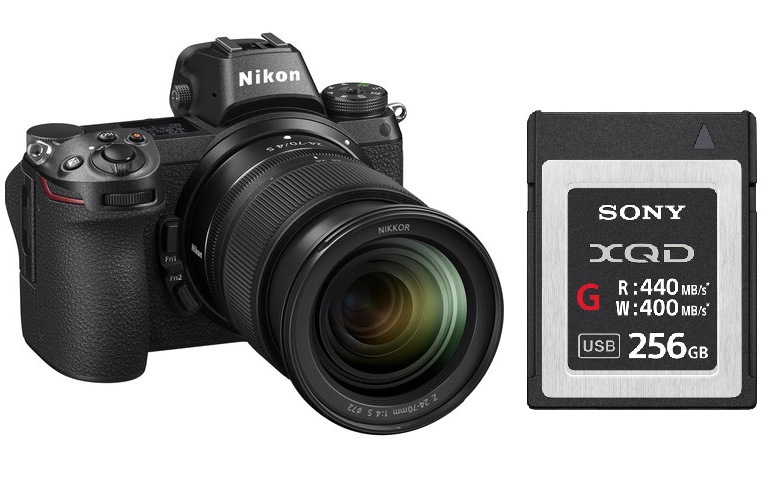 Here are the best memory cards for Nikon Z7 and Z6 mirrorless cameras, including CFexpress Type B cards and XQD cards.

Both Nikon Z6 and Nikon Z7 have only one memory card slot that supports both CFexpress Type B cards and XQD cards. To ensure your Nikon Z7 & Z6 achieve peak performance and yields the best possible results, selecting the right memory card is a must. From the lightning-fast CFexpress Type B cards to the slower XQD cards, there is a vast array of options for you to choose from. When it comes to selecting a memory card, consider factors like read/write speed, capacity and cost. To help you make the perfect pick, let us take a look at some of the best memory cards for your Nikon Z7 & Z6 and suggest which ones you should purchase!

Below are the top recommended CFexpress Type B cards and XQD cards for the Nikon Z7 & Z7 mirrorless cameras. Hope it can help you get the best out of your camera.

The Delkin Devices Power & Black CFexpress Cards boast exceptional strength, reliability, and performance – offering read speeds of up to 1730 MB/s and write speeds of up to 1540 MB/s, making them perfect for shooting raw and continuous-burst photography, as well as 8K, 6K, and 4K video at high bitrates and frame rates. To guarantee your satisfaction, the BLACK Series comes with a limited lifetime warranty and a 48-hour replacement guarantee when registered with Delkin.

Offloading content to your computer at lightening speed? Look no further than the ProGrade Digital Cobalt & Gold CFexpress Cards and Sony TOUGH CFexpress Cards – they are the fastest CFexpress cards on the market with read speeds of up to 1700 MB/s and write speeds of up to 1500 MB/s! And, with the Cobalt’s minimum write speed guaranteed not to drop below 1400 MB/s, you can rest easy knowing that your content is safely transferred.

The Lexar DIAMOND Series Professional CFexpress Type B Card is said to provide mind-blowing read speeds of up to 1900 MB/s, write speeds of up to 1700 MB/s, and impressive sustained write speeds of at least 1600 MB/s, meaning you can record smooth, high-resolution 8K, 6K, and 4K videos. Unfortunately, Lexar has since been acquired by a Chinese company, making its quality and performance questionable. Consequently, I’m hesitant to recommend this card, yet the decision is ultimately yours.

In addition to the CFexpress cards, the Nikon Z6 & Z7 card slot also supports the XQD cards. When it comes to XQD cards, the selection can be somewhat limited. Right now, you have three options to choose from – Sony G Series XQD Card, Delkin Devices Premium XQD Card, and Nikon’s 64GB XQD Card. However, if you’re looking for the most popular choice among professional photographers and videographers, then you’ll want to go with either the Sony G Series XQD Card or the Delkin Devices Premium XQD Card.