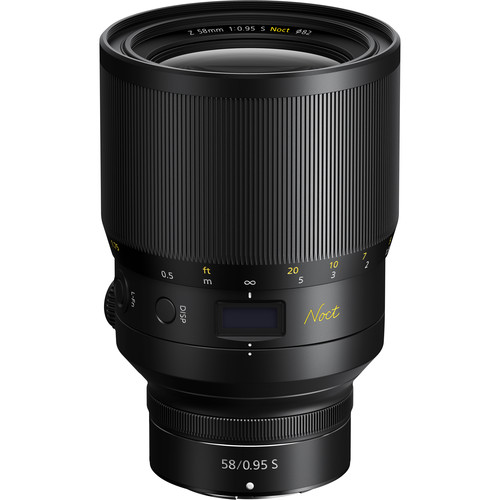 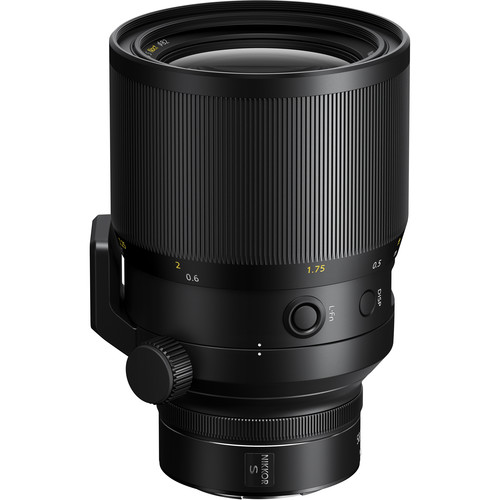 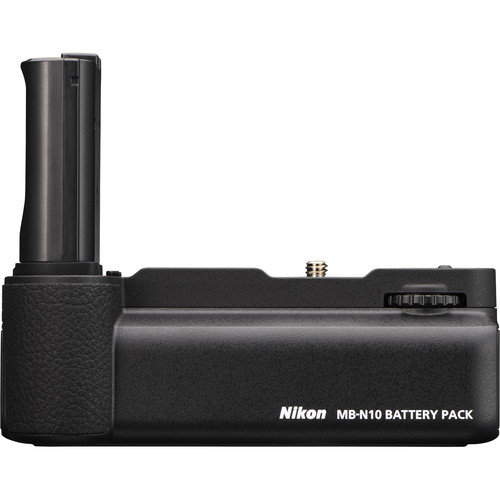 The MB-N10 can hold two EN-EL15b rechargeable Li-ion batteries, allowing users to record approximately 1.8x more stills and movie footage with the Z 7 and Z 6. In addition, the MB-N10 is a “hot swap” battery pack that continues to supply power even when one of the two batteries is removed, as long as the other is not exhausted. This supports shooting and recording for longer periods of time by allowing users to replace an exhausted battery with a fresh one without interruption.

MELVILLE, NY – Today, Nikon Inc. announced the fastest NIKKOR lens ever made, the new NIKKOR Z 58mm f/0.95 S Noct lens. The 58mm Noct is a one-of-a-kind lens that pays homage to the extraordinary optical legacy that the previous Noct-NIKKOR 58mm f/1.2 lens established, while demonstrating the superiority and potential of the Nikon Z Mount. Created for the most discerning photographers, the new Noct lens is an exclusively manual focus prime lens with an incredible maximum aperture of f/0.95 for a truly dramatic depth of field and next-level low light performance.

The NIKKOR Z 58mm f/0.95 S Noct is in a class of its own, offering low light ability and extreme sharpness that excels in the hands of a capable creator. From stunning portraits to landscapes or astrophotography, all images are rendered beautifully thanks to its vast depth-of field control, seductive bokeh and superb point-image reproduction.

“This is why the Z mount was created. The Noct is a testament to Nikon’s commitment to optical innovation driven by more than a century of expertise,” said Jay Vannatter, Executive Vice President, Nikon Inc. “We promised a new dimension of optical performance for the Nikon Z series and NIKKOR Z lens lineup, and by announcing our fastest NIKKOR lens ever made, the NIKKOR Z 58mm f/0.95 S Noct, we are making this claim a reality.”

THE NEWEST ADDITION TO S-LINE OF NIKKOR Z LENSES

The NIKKOR Z 58mm f/0.95 S Noct joins as the apex to the ever-expanding series of S-Line lenses, which also includes the recently announced NIKKOR Z 24mm f/1.8 S and NIKKOR Z 85mm f/1.8 S, all hailed for their sharpness and optical performance.

The original Noct-NIKKOR 58mm f/1.2 was released in 1977, its name said to be derived from “Nocturne.” Made for nighttime photography, this lens became renowned for its ability to reproduce point light sources as point images. The design of the new Noct lens evolves with the most advanced optical technology for photographers and videographers, boasting an immense f/0.95 maximum aperture, staggering low light ability and enticing bokeh characteristics.

The NIKKOR Z 58mm f/0.95 S Noct implores an extensive depth of field, producing elaborate bokeh and blur characteristics with good continuity for more compelling, three-dimensional imaging. Even when the distance between the subject and the background are insufficient, the new 58mm Noct lens can still capture sharp images with beautiful background blur due to the reproduction of an extremely sharp focus plane and vast shallow depth of field. Additionally, shooting point light sources at maximum aperture would normally produce sagittal coma flare. However, with the new Noct lens the causes of sagittal coma flare are eliminated across the entire frame with point light sources being reproduced as tack-sharp point images even at the peripheries, for clear and crisp night landscapes and astronomical shots.

A lens like the new NIKKOR Z 58mm f/0.95 S Noct is possible today because of the large Z mount, which allows for more light capture and faster data sharing between lens and camera, as well as improved flexibility for lens optics and design. The new Noct lens also boasts a large-diameter ground aspherical lens element crafted from the finest glass with outstanding surface accuracy, providing a higher refractive index that would otherwise be unobtainable. This pro-level lens is constructed with an optical formula consisting of 17 elements in 10 groups, ensuring a well-balanced lens that delivers incredibly sharp results.

Like the NIKKOR Z 24-70mm f/2.8 S lens announced earlier this year, the NIKKOR Z 58mm f/0.95 S Noct lens includes an ARNEO Coat, which provides anti-reflection performance to combat incident light reaching the lens surface from a vertical direction. Alongside the Nano Crystal Coat, which effectively reduces incident light from a diagonal direction, the new Noct lens can capture clear and sharp content with minimal ghosting and flare effects across a wide variety of backlit situations that are normally challenging. Additionally, the NIKKOR Z 58mm f/0.95 S Noct includes a lens information panel allowing photographers and videographers to confirm aperture, focus distance and depth of field at a glance. Users will also enjoy the increased number of functions that can be assigned to the lens Fn button, matching the Fn1/Fn2 buttons on both the Z 7 and Z 6 cameras. Additionally, an electromagnetic diaphragm mechanism is incorporated, providing stable aperture control even during continuous shooting. The fluorine coat of the new Noct lens acts as a dust, dirt and moisture repellent coating.

In addition to the refined and durable exterior design, the NIKKOR Z 58mm f/0.95 S Noct offers excellent operability and a feeling of precision in hand. The focus ring enables accurate manual focusing, allowing for the appropriate amount of torque and a large rotation angle, even for the extremely shallow depth of field afforded at f/0.95. The new Noct lens also adopts a control ring, where functions like aperture setting, and exposure compensation can be assigned. Furthermore, the inside of the lens hood is felt-lined, delivering clear rendering by effectively preventing light reflection inside the hood.

The new MB-N10 battery power pack is an optional accessory for both the Nikon Z 7 and Z 6. The battery pack significantly enhances battery life and adds an additional hand hold, providing photographers and videographers even more freedom and comfort when using the Z 7 and Z 6. The battery pack is designed to hold two EN-EL15b batteries (sold separately), effectively increasing the number of shots possible and movie recording time by approximately 1.8X, based on CIPA standards. The MB-N10 offers the same weather sealing and modern design of the Z 7 and Z 6, plus it will support USB charging.