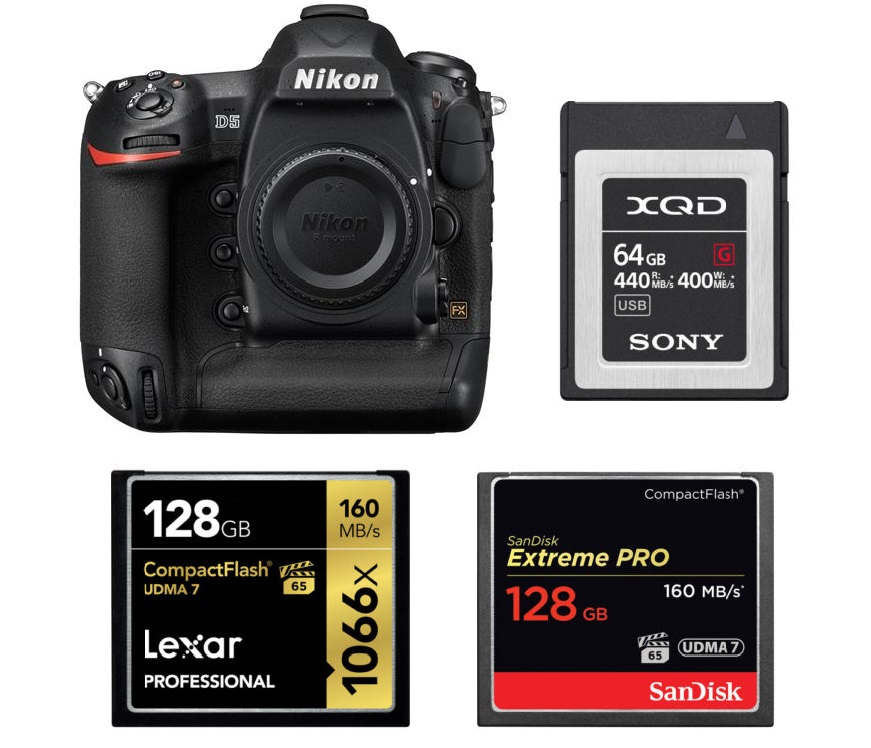 The Nikon D5 is positioned as a truly fast, highly precise machine for professional photographers and it comes in two versions: one has two CF card slots and the other has two XQD card slots. Featuring a 20.8MP FX-Format CMOS Sensor and EXPEED 5 image processor, the Nikon D5 (Amazon, B&H, Adorama) is capable of up to 12 fps burst shooting with full-time AF and AE, and it supports 4K UHD video (3840 x 2160) recording at 30, 25, and 24 fps frame rates, full HD and HD recording, along with the ability to save movie files to the in-camera memory cards or as an uncompressed file to an optional external recorder via HDMI out.

So, in order to get the ultra high read speeds and write speeds to get the best out of the Nikon D5 camera, here we list the top recommended & fastest CF cards and XQD cards for Nikon D5 DSLR camera based on the speed and price. Since we don’t know which one you’ve got, our guide covers both the best CF cards and best XQD cards for the money. Just get the one you need!

If you just want to cut to the chase, here are our top recommended CF cards and XQD cards for Nikon D5 DSLR camera. 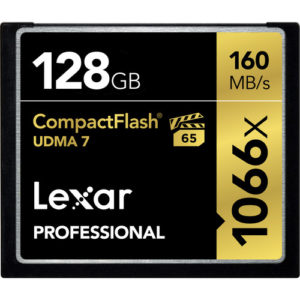 Highly recommended! Available in 16GB, 32GB, 64GB, 128GB and 256GB, the Lexar Professional 1066x (UDMA 7) is the most popular and super fast CF cards with an affordable price – perfect for storing large files including high-quality photos, 1080p Full-HD, 3D, and 4K video. With a 1066x speed rating, this card is capable of achieving data read speeds of up to 160 MB/s and data write speeds of up to 155 MB/s, allowing you to transfer your files via the card-to-computer transfer method via a UDMA 7-enabled card reader. Whether you’re a professional photographer, videographer, or enthusiast, the card provides performance you can trust and lets you quickly capture and transfer high-quality photos and 1080p full-HD, 3D, and 4K video. 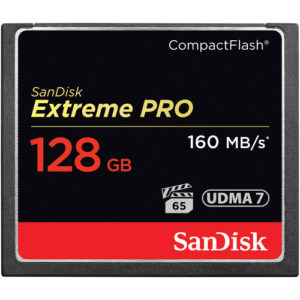 Highly recommended! Featuring enhanced data read speeds of up to 160MB/s along with data write speeds up to 150MB/s, the SanDisk Extreme Pro (160MB/s, UDMA 7) is another popular and excellent card with almost the same speed. This Extreme Pro CompactFlash Card is designed to support both full HD and 4K video as it is VPG-65 certified. VPG-65 (video performance guarantee) offers sustained data write speeds of 65MB/s ensuring a smooth flow of data keeping video streams crisp and clean. This CompactFlash card is also compatible with both RAW and JPEG file formats and comes equipped with an RTV silicone coating and writable label. And the SanDisk Extreme Pro cards are designed for professionals and come with a lifetime limited warranty.

In addition, you can get the Lexar Professional USB 3.0 Dual-Slot Reader (UDMA 7) at Amazon. 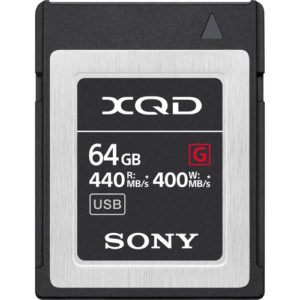 Highly recommended! The Sony G Series XQD Cards are the fastest XQD cards and the most favorite among professional photographers and videographers. Available in 32GB, 64GB,120GB, 240GB and 256GB capacities, Sony G Series XQD Cards are XQD 2.0 compliant and offer read speeds up to 440 MB/s and write speeds up to 400 MB/s, making it easy to capture photos in both burst mode and in RAW format, 4K videos, as well as streamline workflows.

You can also get a Sony XQD/SD Card Reader at Amazon, B&H, Adorama. 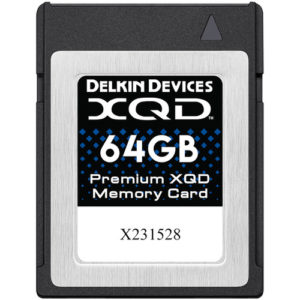 Equipped with a PCIe 2.0 interface, XQD Format Version 2 compliance, and EB Stream functionality, this Delkin Devices Premium XQD Card features read speeds of up to 440 MB/s and write speeds of up to 400 MB/s, allowing it to record DCI 4K (4096 x 2160) and Full HD (1920 x 1080) video at up to 180 fps, and up to 200 continuous raw still image bursts. As an added bonus, every XQD card is backed by Delkin Devices’ 48HR Replacement Guarantee policy for the ultimate coverage.